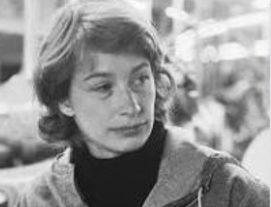 We are a long time dead.

For many of us who have been travelling this mindfulness meditation path, the poetry of Mary Oliver has been there guiding us in moments of anguish, heart-break and loss and also in moments of joy, and more importantly, over and over inviting us in to savouring this precious world, this precious life. She reminds us that being present is an activity of experiencing – not conceptualising. And she invites us into nature as a way of accessing our own alive, personal vivid experience.

For me she has been an inspiration around death. I have always been obsessed with death. As a five year old I travelled from Derby to Perth on a ship and I would spend time at the stern, gazing out over the wake and the endless ocean saying to myself: “If I jumped, I would die. And then what would I be? a fish or a shark or a piece of seaweed?”. Don’t under-estimate a five year old! And later crying myself to sleep with imaginings of my mother or one or other of my beloved siblings dying in an accident or having brain cancer. No wonder I needed to learn how to meditate (not to mention all the therapy.)

I have an app on my phone called “We Croak”. It reminds you five times a day that you are going to die by sending you a quote about it. It comes courtesy of some wisdom from the Bhutanese, who are convinced that contemplating death regularly assists in keeping us keenly and appreciatively in the present and stepping out of complacency and dullness about our values and choices.

I want to share three of my favourite Mary Oliver poems: The Black Snake, I Found a Dead Fox and When Death Comes. I truly hope and imagine she got her wish:

The Black Snake
By Mary Oliver

When the black snake
flashed onto the morning road,
and the truck could not swerve--
death, that is how it happens.

Now he lies looped and useless
as an old bicycle tire.
I stop the car
and carry him into the bushes.

He is as cool and gleaming
as a braided whip, he is as beautiful and quiet
as a dead brother.
I leave him under the leaves

and drive on, thinking
about death: its suddenness,
its terrible weight,
its certain coming. Yet under

reason burns a brighter fire, which the bones
have always preferred.
It is the story of endless good fortune.
It says to oblivion: not me!

It is the light at the center of every cell.
It is what sent the snake coiling and flowing forward
happily all spring through the green leaves before
he came to the road.

I found a dead fox
beside the gravel road,
curled inside the big
iron wheel
of an old tractor
that has been standing,
for years,
in the vines at the edge
of the road.
I don't know
what happened to it-
when it came there
or why it lay down
for good, settling
its narrow chin
on the rusted rim
of the iron wheel
to look out
over the fields,
and that way died-
but I know
this: its posture-
of looking,
to the last possible moment,
back into the world-
made me want
to sing something
joyous and tender
about foxes.
But what happened is this-
when I began,
when I crawled in
through the honeysuckle
and lay down
curling my long spine
inside that cold wheel,
and touched the dead fox,
and looked out
into the wide fields,
the fox
vanished.
There was only myself
and the world,
and it was I
who was leaving.
And what could I sing
then?
Oh, beautiful world!
I just lay there
and looked at it.
And then it grew dark.
That day was done with.
And then the stars stepped forth
and held up their appointed
fires-
those hot, hard
watchmen of the night.

When Death Comes
By Mary Oliver

When death comes
like the hungry bear in autumn;
when death comes and takes all the bright coins from his purse
to buy me, and snaps the purse shut;
when death comes
like the measle-pox
when death comes
like an iceberg between the shoulder blades,
I want to step through the door full of curiosity, wondering:
what is it going to be like, that cottage of darkness?
And therefore I look upon everything
as a brotherhood and a sisterhood,
and I look upon time as no more than an idea,
and I consider eternity as another possibility,
and I think of each life as a flower, as common
as a field daisy, and as singular,
and each name a comfortable music in the mouth,
tending, as all music does, toward silence,
and each body a lion of courage, and something
precious to the earth.
When it's over, I want to say all my life
I was a bride married to amazement.
I was the bridegroom, taking the world into my arms.
When it's over, I don't want to wonder
if I have made of my life something particular, and real.
I don't want to find myself sighing and frightened,
or full of argument.
I don't want to end up simply having visited this world.